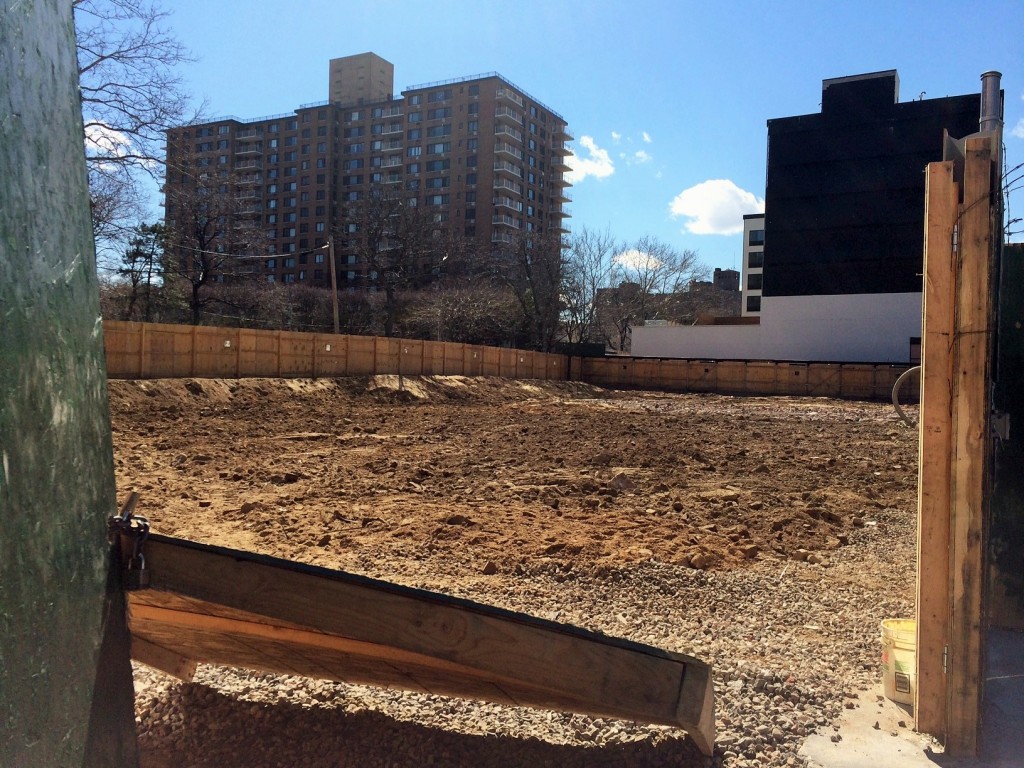 The building that housed the former Pratt Station Post Office has been leveled, making one for a new six-story building.

Last week, the demolition of the one-story building at 504-520 Myrtle Avenue was undertaken in Clinton Hill.  The structure was demolished to make way for a new six-story, mixed-use building that will house ground-floor retail with apartments above.  The new building will have 20,000 square feet of new commercial space on the ground floor, 141 rental apartments on the upper-floors, and a 115-car parking garage on the lower level.

The demolished building formerly housed the Pratt Station Post Office, which has reopened at it’s new location a few blocks away at 609 Myrtle Avenue, on the corner of Kent Avenue.  In addition to the post office, the building at 504 Myrtle Avenue was also home to Fantastic Cleaners, which can still be found only two blocks away at 570 Myrtle Avenue. The Clinton Hill Metro PCS store also moved out of the former building, and is operating down the street at 436 Myrtle Avenue.