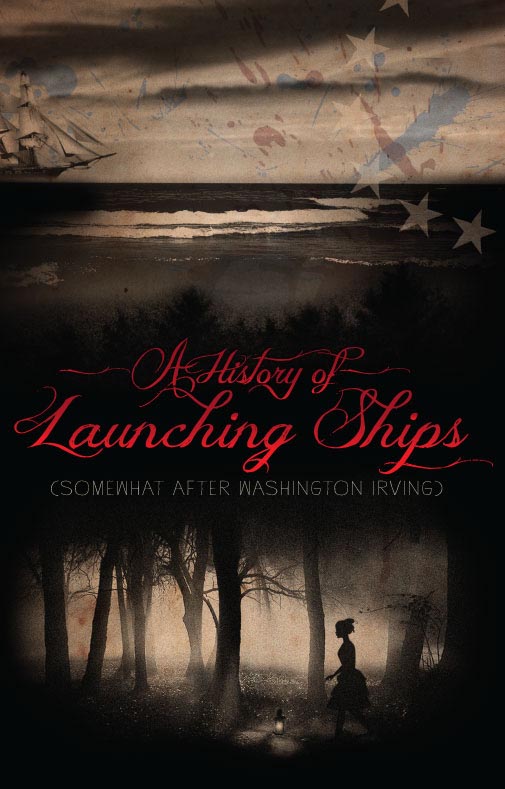 We’re really excited about this first-ever theatrical producation at the Brooklyn Navy Yard’s BLDG 92 — The History of Launching Ships!

The play debuted last night and will continue thru October 28th. Theatergoers can present ticket stubs to a list of participating Myrtle restaurants to receive dinner discounts.

“A History of Launching Ships is the first-ever theatrical production at the Brooklyn Navy Yard. This site-specific production will lead audiences through the three-floor museum over the course of the performance, stopping to watch scenes among BLDG 92’s exhibits. The Yard’s spirit and elements of its history act as seeds for the play’s mysterious story of four women isolated together inside the gates of a Naval Commandant’s home on the banks of an unnamed bay. Playwright Avi Glickstein has used the story of real-life Revolutionary heroine Elizabeth Burgin and archival materials from BLDG 92’s collection, as well as the gothic New York tales of Washington Irving, as a jumping-off point to create a uniquely American, ghostly tale of his own that echoes the Yard’s history as a center of innovation, reinvention, and sacrifice in service of a larger purpose.”

In the winter of 1779, a woman named Elizabeth Burgin defied New York City’s British occupiers by helping hundreds of patriots escape from prison ships anchored offshore of what is now the Brooklyn Navy Yard. With a bounty on her head, she fled the city. A History of Launching Ships, a new play by Avi Glickstein, joins Burgin during her flight from the British and places her in the middle of a fantastical tale that echoes the gothic stories of Washington Irving. The play, commissioned by Polybe + Seats and written for the unique environment of The Brooklyn Navy Yard Center at BLDG 92, tells the story of the three women who take Burgin in and hide her. Each woman seeks an escape from her own reality, and, together, they realize that the only way to freedom might be on a ship they build themselves.

The one and a half hour performance will involve some walking and standing on the part of the audience; ramps and elevators will be available.

Show your ticket stubs at the following Myrtle restaurants for pre- or post- dinner discounts: