There’s a small building boom happening at the moment on – and right around – Myrtle Avenue in Fort Greene & Clinton Hill. Below is a round-up of seven new buildings that have been proposed or are under construction now.

If all are approved, these new buildings will bring 316 new housing units and 17,000 square feet of new commercial space to Myrtle Avenue. Three of the projects will include a collective total of 122 apartments that are either supportive family housing or “affordable,” income-based units. 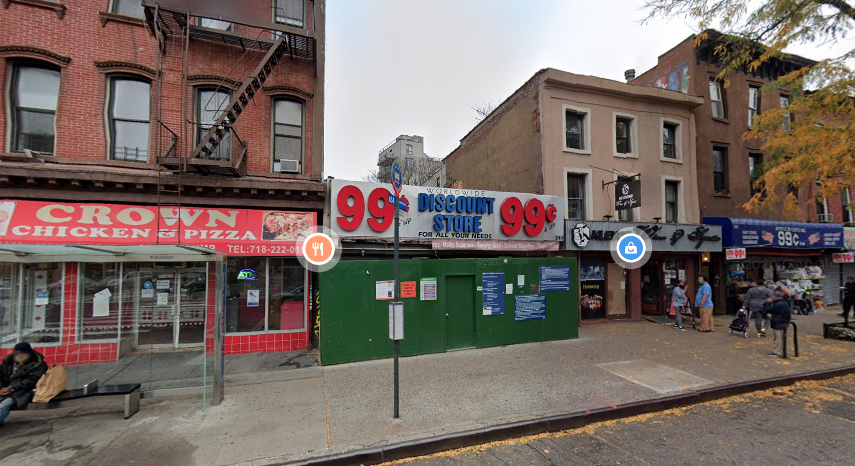 In March 2017, plans were filed for a new six-story building, which would include eight new apartments and a 2,000 square foot commercial space on the ground floor of this property that sits between Carlton & Adelphi. No plans have been announced on when construction in the now vacant lot will begin. 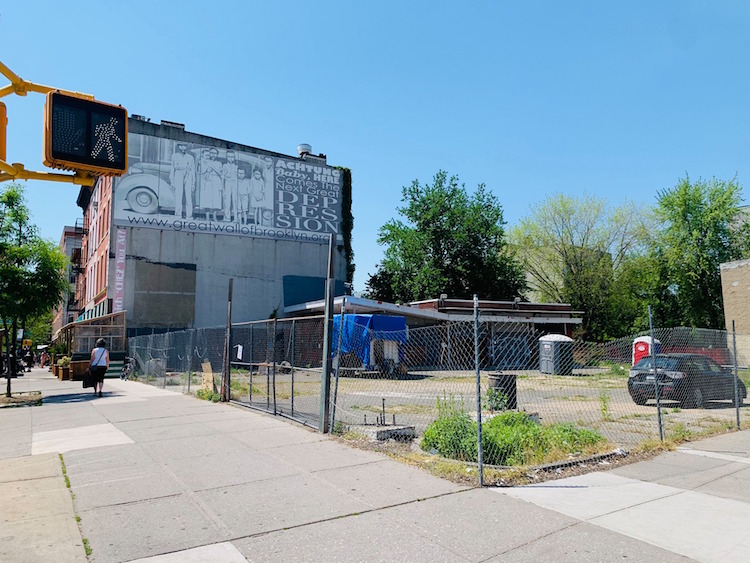 Earlier this year, local property development firm Tankhouse purchased the long-vacant Fort Greene gas station and are designing new plans for the corner property. In 2015, plans for a new building were filed with the city to construct an eight-story building with 46 apartments and 8,000 square feet of commercial space on the ground floor. Plans and renderings for a new design have not yet been released. 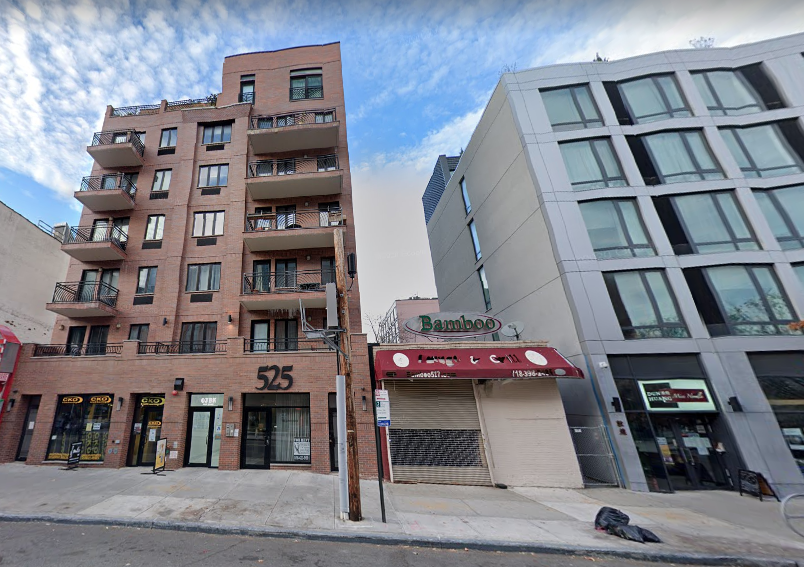 Last summer, plans were filed for a new seven-story building to replace the current one-story building that was last home to the Bamboo Lounge. The new building, between Grand & Steuben in Clinton Hill, is slated to have 12 new housing units and 2,100 square feet of commercial space on the ground floor. 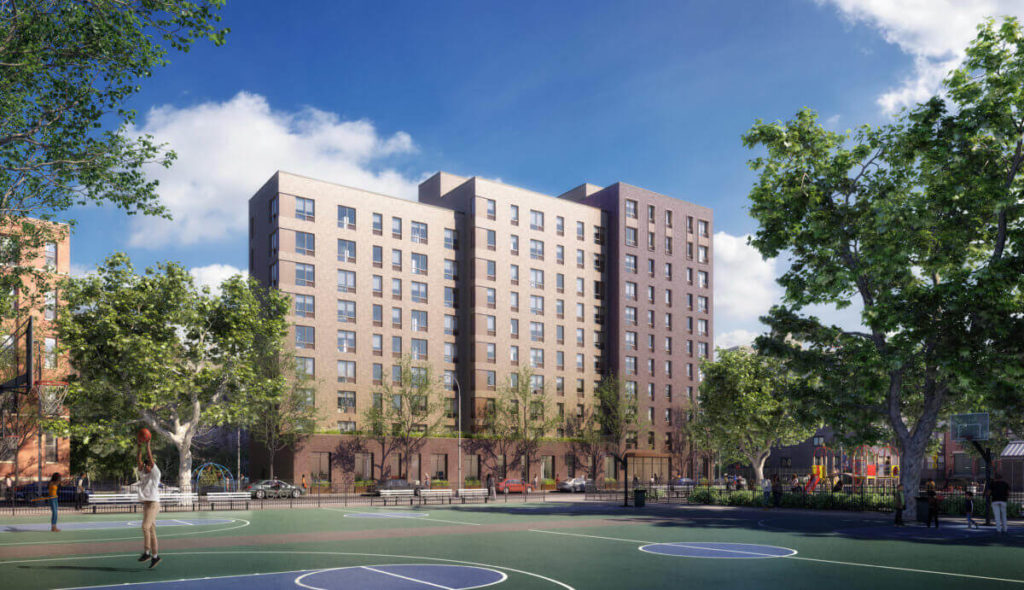 The non-profit Institute for Community Living (ICL), which has several supportive housing and shelters in Fort Greene and Clinton Hill, have proposed a new building which would allow them to expand their current family reunification residence, which has operated on Emerson Pl for over 20 years.

The new 11-story building would replace their existing four-story building on the site, and hold a total of 81 apartments. Forty-nine of these apartments would be set aside for supportive family housing, with the remaining 32 units as affordable housing, only available to those earning less than 57% of the area’s median income (for example, that’s $58,368 or less for a family of three).

The Myrtle Avenue Brooklyn Partnership has testified in favor of this development to Community Board 2’s Land Use Committee and the Board of Standards & Appeals (BSA), supporting the expansion of supportive and affordable housing in our community.

APPROVED OR IN CONSTRUCTION 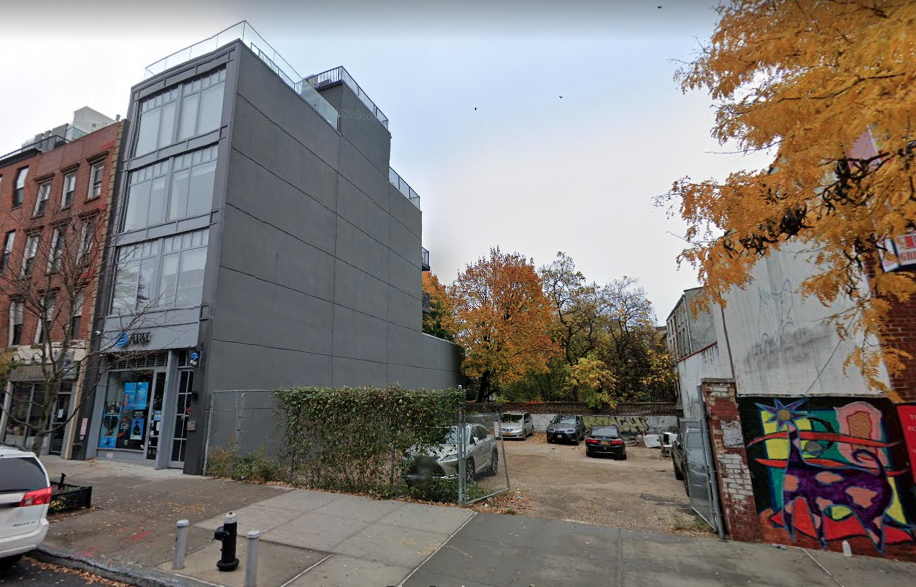 The decade-old vacant lot between Hall & Ryerson (which was the site of a building collapse in 2009) is slated to see a new eight-story mixed-use building, according to plans filed with the city last year. Construction is expected to begin soon for the 21-unit apartment building, which will also have 3,000 square feet of commercial space on the ground floor. According to filed plans, the building will include affordable housing units, but the exact number of apartments or pricing has not yet been released. 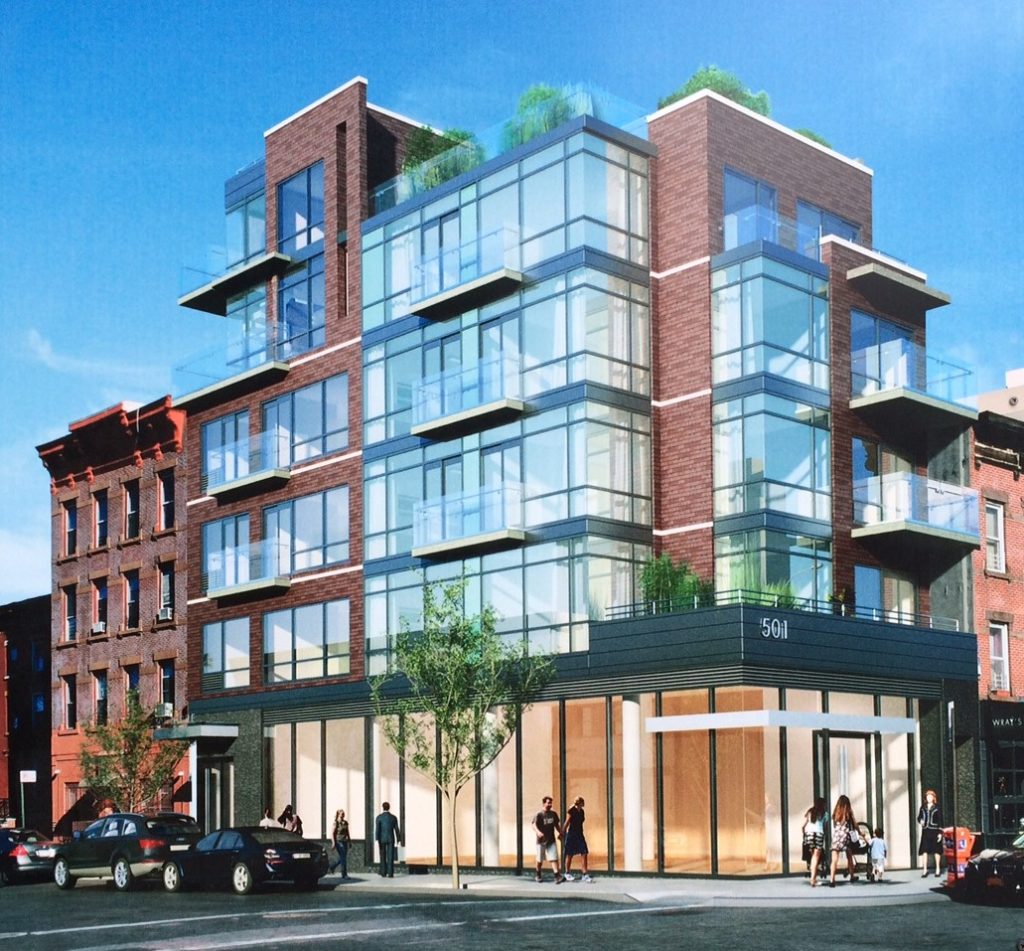 Construction is coming into the final stages for this corner property at Myrtle & Ryerson in Clinton Hill. The new seven-story building will have 10 new apartments and a 1,880 square foot commercial space on the ground floor. 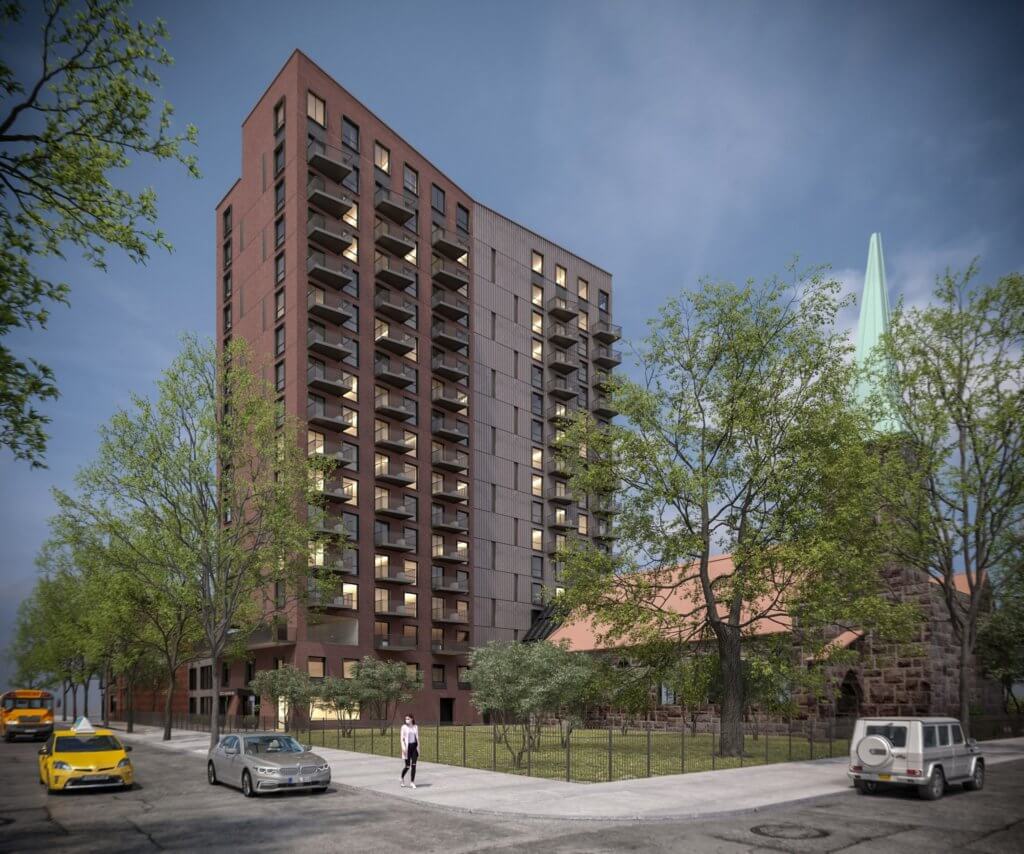 The St. Mary’s Episcopal Church campus at Classon & Willoughby will see a new 17-story tower rise at the back of their property, behind the 1858 landmarked church. According to new building plans filed in 2016, the new building will hold 138 apartments, all one- or two-bedrooms, with 30% of apartments set aside as “affordable,” according to developer Quinlan Development Group (Source: Brownstoner). Details on when the affordable housing lottery will open or the pricing of those units has not yet been released.