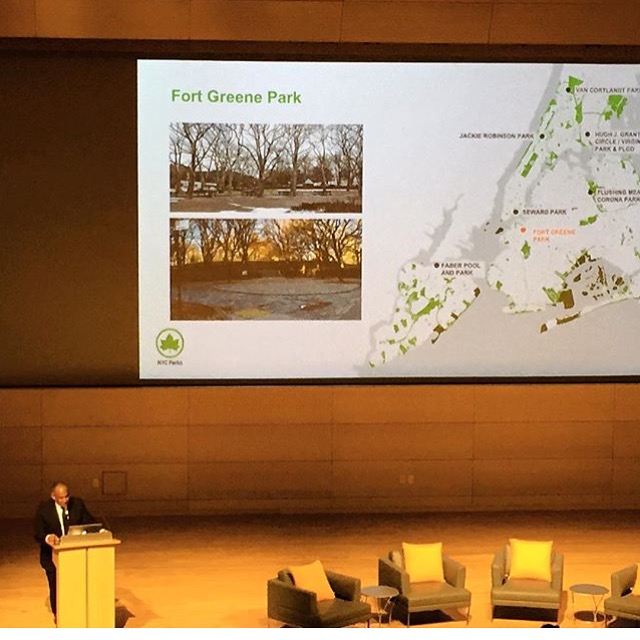 We are thrilled to announce that Fort Greene Park’s Myrtle Avenue edge was selected to receive up to $5 million for capital improvements through the NYC Parks Department Parks Without Borders initiative! Thank you to all of the community members who nominated it. The Park received the second most votes of any park in Brooklyn, just after Prospect Park, which was also selected for funding.

The announcement was made at PARKS WITHOUT BORDERS: IDEAS FOR THE NEXT GENERATION OF URBAN PARKS AND PUBLIC SPACE, a summit on the future of parks and urban spaces, brought together the leading minds in parks and public spaces from NYC and across the country, organized by NYC Parks Department.

Earlier this year, prior to this initiative, the Myrtle Avenue Brooklyn Partnership worked in partnership with the Fort Greene Park Conservancy  to draw attention the capital improvements needed on the north side of the park, touring the site with Parks staff, assembling photos of areas in need of repair, and sharing specific concerns raised by community residents, especially seniors.

We look forward to working with the Park, the Conservancy, our elected officials, and local residents to shape the plans collaboratively.