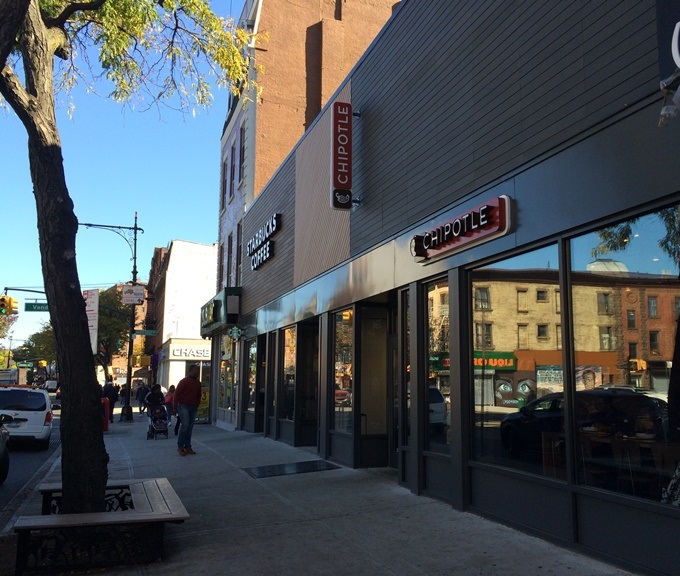 There are lots of new businesses opening up on Myrtle Avenue, some which have recently opened their doors (within the last month), and three more slated to do so within the next month or two.  Below is a round-up of recently opened and soon-to-be-opened business along Myrtle Avenue in Fort Greene and Clinton Hill:

[Salon]718 is the third Brooklyn outpost for stylist and salon owner, Michaela Blissett Williams and her talented team. Coloring, styling, cuts and more as well as makeup and bridal services are available by appointment and walk-in.
[Salon]718 456 Myrtle Avenue between Washington & Waverly.

Anchor & Plow, Charlotta Janssen, an accomplished artist and pioneer in the Fort Greene restaurant landscape (Chez Oskar and Lola Bklyn), teams up with Monir Gamany, a seasoned general manager to bring a new vision to the space at 387 Myrtle Avenue. Monir has worked with well known chefs and restaurateurs in New York City and together, with Charlotta, they have introduced a new farm and sea to table concept featuring seafood (“anchor”) and meats (“plow”) dishes with a Mediterranean slant to their menu that unites a variety of palates.
Anchor & Plow, 387 Myrtle Avenue between Clermont & Vanderbilt.

Joining Starbuck’s (394 Myrtle), near the corner of Myrtle Avenue and Vanderbilt are Chipotle Mexican Grill, home of the popular burrito bowl and known for its organic ingredients and InVite Health (394 Myrtle), home of high quality vitamins and supplements.

Spice & Grill is Nepalese and Indian restaurant, led by a father and son team. Bikash Karel and his father are no strangers to the food business, currently operating an Indian restaurant in Queens. Their Myrtle Avenue eatery will offer a little more than a typical Indian restaurant, with an emphasis on grilled menu items and Nepalese street food.  Some of their street food offerings will include mini samosa chat (tangy samosas with freshly cut sweet red onions, chili and coriander), momos (bitesize dumplings served with spicy tomato and sesame sauce), chatamari (rice crepes topped with lamb and spicy sauce) and sel roti (sweet ring-shaped doughnuts).
Spice & Grill, 441 Myrtle Avenue, between Clinton & Waverly.