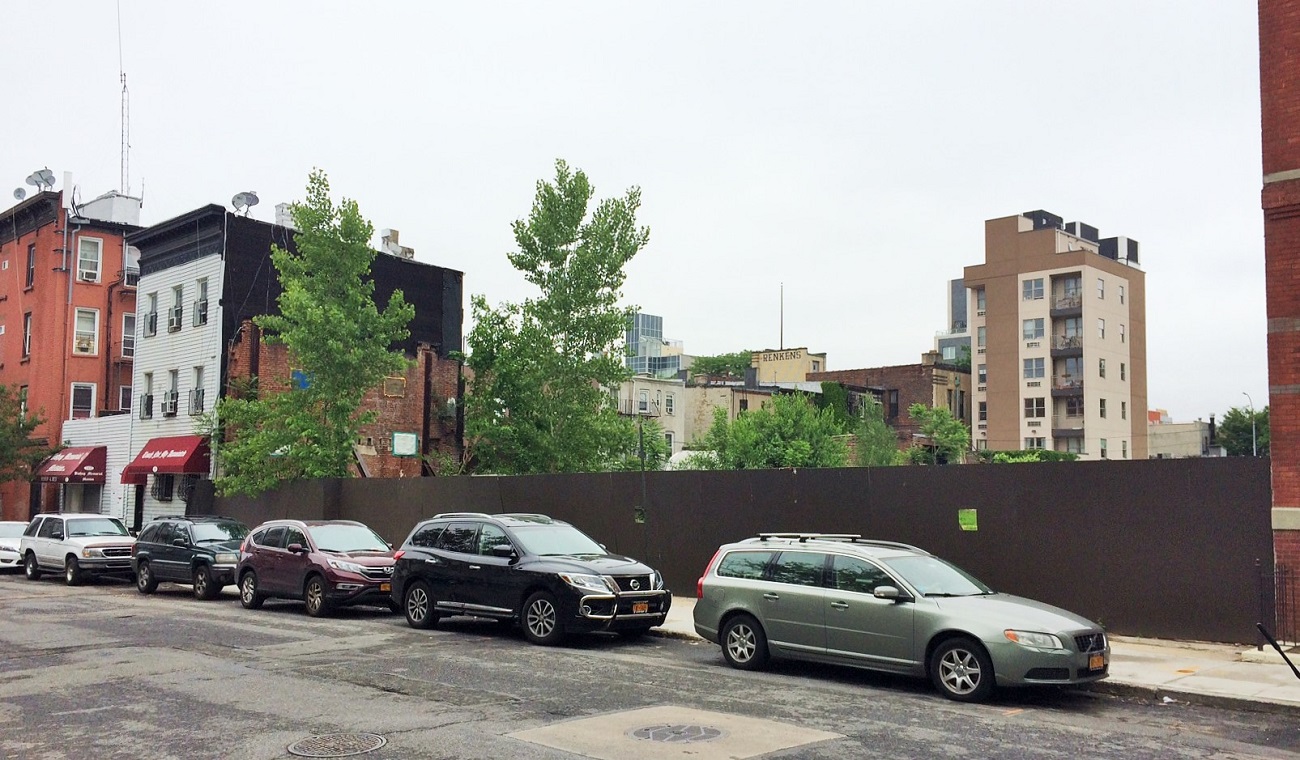 Pratt Institute has filed plans for a new dormitory, to rise along Emerson Place between Myrtle and Willoughby Avenues in Clinton Hill, Brooklyn.  NYC Department of Building records indicate that a 10 story tower is planned for the site, which Pratt has owned since 2012.

The new dorm, which will reach 118 feet in height, will include 124 new dorm rooms for the art college.  The building, which will have almost 57,000 square feet of floor space, will only cover 19% of the large building lot.

Cannon Design served as the architecture firm for the project.

The site has sat vacant since 2006, following the demolition of a processing facility from the 1930’s which belonged to the M.H. Renken Dairy company.  A photo of the former building is included below.  Several buildings from the Renken Dairy complex still remain and have been turned into retail spaces and apartments, including 580-584 Myrtle, which was recently designated a historic landmark by the NYC Landmarks Preservation Commission.