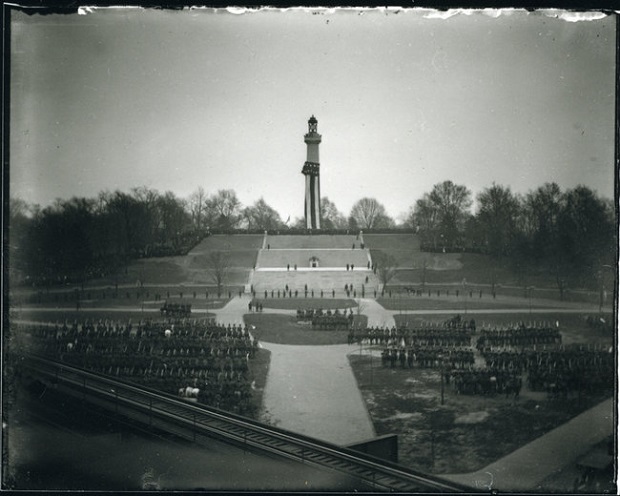 Over a century ago, in 1908, a new Prison Ship Martyrs’ Monument was unveiled in the center of Fort Greene Park.  The monument commemorates more than 11,000 people who died here in the neighborhood during the Revolutionary War.  For seven years during the war, the British held American prisoners aboard ships in Wallabout Bay, where the Brooklyn Navy Yard sits today.  Due to lack of hygienic conditions, sanitary food, water and rampant spread of disease, thousands of prisoners lost their lives aboard these ships.  Remains of some of those killed aboard the ships were moved to a crypt that sits below the monument.

You can read more about the fascinating history of the prisoners and efforts to memorialize their lost over at “On the Ground History” blog.