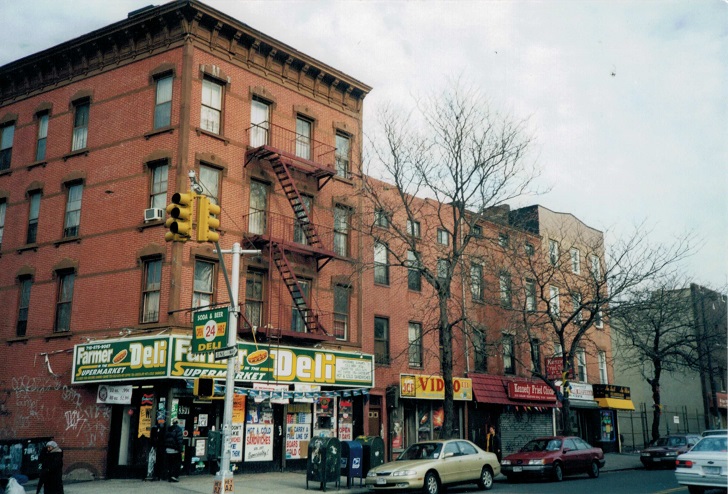 Farmer in the Deli, also known as Lauro’s to many locals, is seen here in this 1999 photo with a now retro-looking sign.  The deli has become a local institution, serving Fort Greene for decades.  The deli recently installed new signage (see below) along with a new storefront.  In 2011, the owners expanded their operations along Myrtle and opened a Clinton Hill location, simply named Farmer in the Deli II, at 543 Myrtle Avenue.

Most of the neighboring buildings seen in the photograph have since been demolished, making way for the multi-use building that now houses Greene-ville Garden and Walgreen’s. 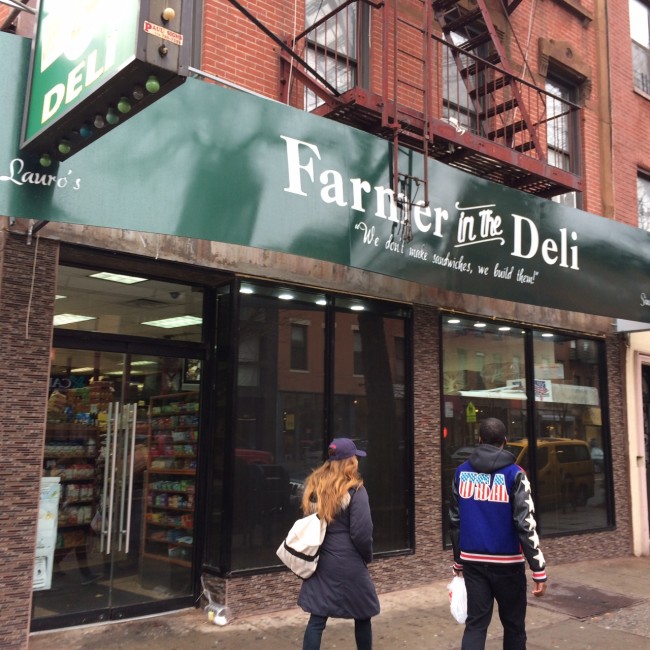