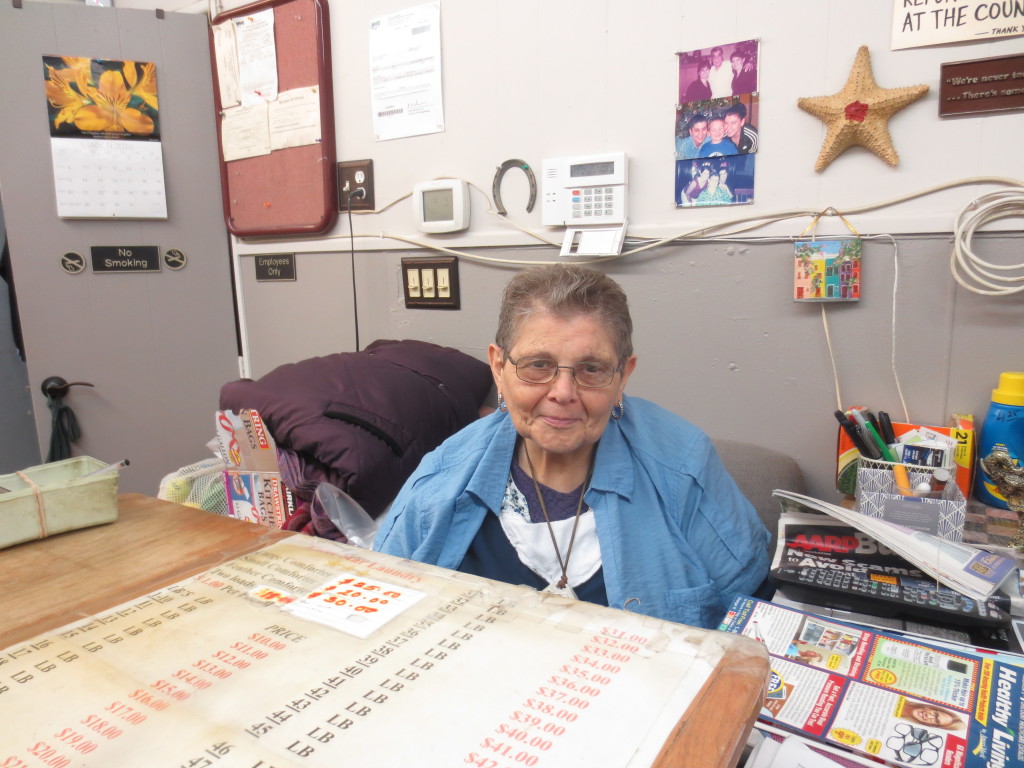 Those who have been around on Myrtle Avenue since at least the mid-1960s might remember that Three Stars Laundromat was located across the street from its present location (where Clinton Hill Hardware Store currently stands). In fact at one time, the Johnsons owned three laundromats on Myrtle Avenue. Mrs. Beligna Johnson vividly remembers one of the pieces of advice she received when arriving in New York City from her birth home, Nicaragua in 1960, she laughs: “if you want to be successful, follow the rules.” She secured a job at Macy’s and worked hard – catching the eye of a young man who’d been working in the laundromat business since 1959. When the opportunity came for him to own his own laundromat business which happened to be on Myrtle Avenue in Brooklyn, he took it. Fast forward, two daughters and a very successful 50 years later – we salute you, Ms. Johnson. We’re better for knowing you. So thankful that you path led to Myrtle Avenue.

“Our mom has been a staple in the neighborhood for such a long time that some of her customers are now the grandchildren of her original customers,” states her daughter Yvonne of her mom. “She’s often referred to as “Ma, Ms. Linda or ‘The Laundry Lady'” chimed in daughter Linda as well.