To celebrate Women’s History Month, we shared stories of local women and institutions who have contributed to the history of Fort Greene and Clinton Hill.  Below is the collection of historic photos that were featured on our Facebook and Instagram pages as part of our ongoing #ThrowbackThursday campaign. 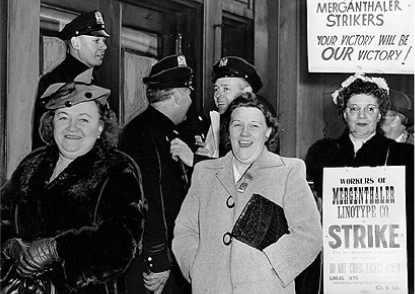 This photo shows striking workers in 1946 at the Mergenthaler Linotype factory on Ryerson Street, between Park & Flushing Ave. Following WWII, 1,700 Mergenthaler employees – which included hundreds of women – held a 114-day strike, one of the longest in NY State history. The workers were fighting for a living wage and manageable hours. At the time, some employees reported working 67 hours/week, at an average wage of only $1/hour (which would be $12.15 today). The linotype factory first opened in 1890 and was one of five largest employers in Brooklyn in the early 20th century and eventually closed its doors here in 1959. Today, the former Mergenthaler factory at 29 Ryerson is slated to become offices, with building permits filed just last month for the conversion. 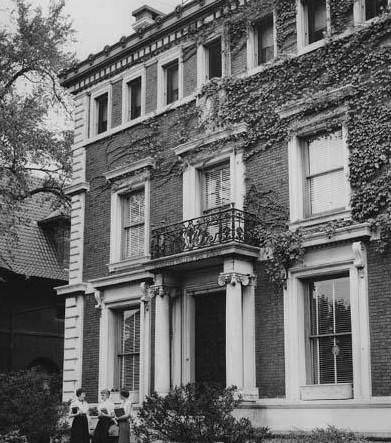 A beautiful photo from 1954 shows St. Joseph’s College for Women students at 245 Clinton Avenue, between Willoughby and DeKalb. The women’s college was founded in 1916 (happy 100th birthday!) as a day college for local young girls. The university became co-ed in 1970 and its Clinton Hill campus still serves the neighborhood today, with over 1,250 students in attendance.

This 1914 photo shows the home of Pratt’s Women’s Club, which sat the southeast corner of Willoughby Avenue & Hall Street.  The Women’s Club was founded in 1914 and they sponsored educational and social events for Pratt’s female students and provided programming for local children. The home is now gone and Pratt’s ISC building now stands at this location. 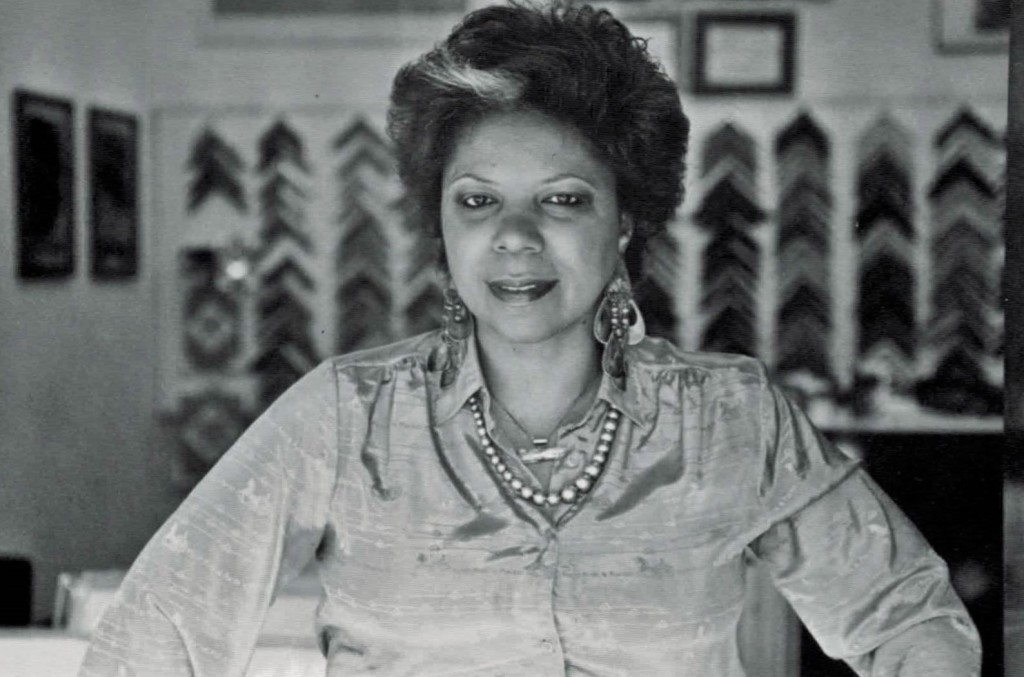 Today, about 30% of Myrtle Avenue’s businesses are owned and operated by women.  Many of these businesses have been serving the community for decades.  Click below to read about a few of these remarkable women: